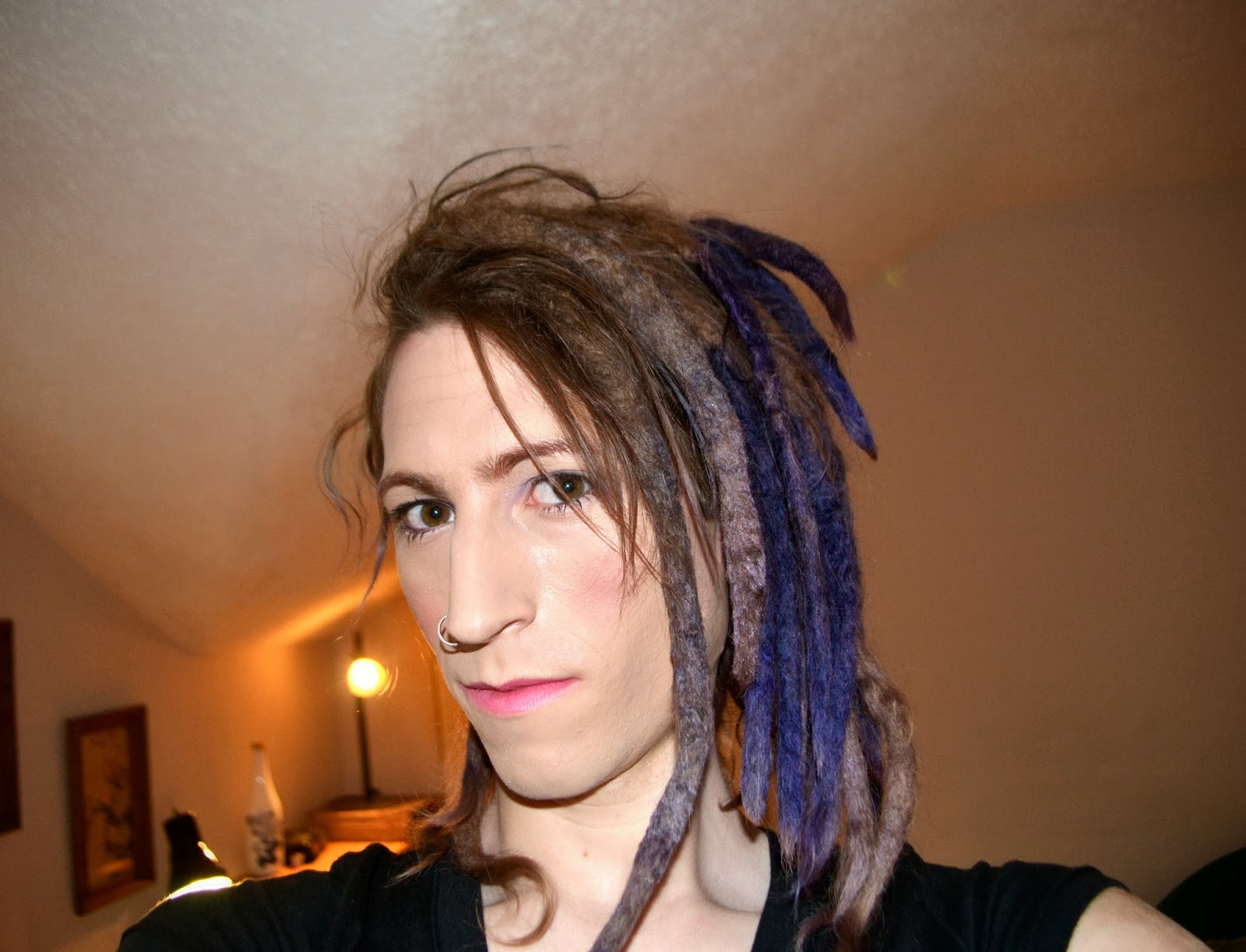 [EDIT: this is super out of date right now, I'll update it when I get time.]

Let's see if I can answer some questions you might have if you're stopping by my little blog...

Who are you? I am many things! For starters, I'm an amateur musician, intermittently an astrophysics major (though not in school at the moment), and a bit of a hippie— (or at least I look like one). Also, I am transgender.

Transgender how? Well, I'm still trying to figure that out. When I started this blog I was identifying as an effeminate male, but I've learned a lot about myself since then. At this point I'd say I definitely "lean toward" the female end of the spectrum. I'm out to my immediate family and a few friends, but I'm still primarily living as a man, (albeit the kind of man who rocks nail polish and mascara on a regular basis!). I do hope to socially transition at some point, but I'm uncertain about the extent to which I want\need to medically transition. Currently I'm just getting electrolysis.

What's this blog about? Mostly introspective musings related to the subject of gender, though I reserve the right to talk about other stuff when I feel like it.

Why does your blog have such a weird name? 'Cause I'm terribe at naming things. I originally wanted to call the blog Butterflies and Zebras, which is a line from a Jimi Hendrix song. A quick search of the interwebs showed that there were like a jillion blogs with that name, so I tried to think of something more original. I've long had an interest in Scandinavian culture, so I decided to translate "butterflies and zebras" into Swedish, resulting in the awkward name it has now. At the time I doubted this blog would last very long, or that anyone would read it, so I didn't think the name really mattered. But one of these days I should probably change it.

If you have any other questions, just leave a comment! ♥